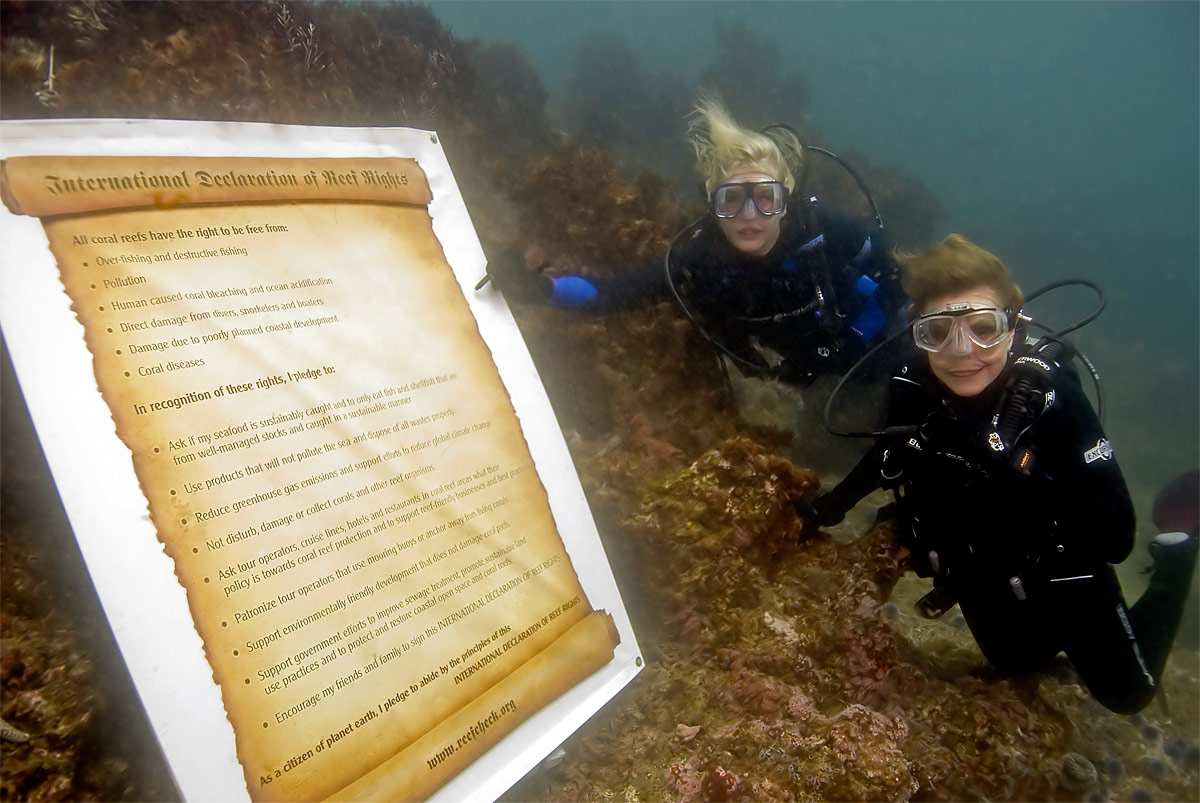 Reef Check showed up with a giant document and we went in. I took some test shots, then had Daryl and Dr. Earle come down and sign the document with an underwater pencil. It was a great moment.

Then, they took off! The signing took about 8 or 9 minutes, then they just took off. I went to the Executive Director and motioned, "I need to follow the talent" so I dived with the two of them for about 35 minutes as they played and explored the reef.

Someone handed Dr. Earle a small octopus, she handed it to Daryl. It inked and darted away as we all laughed. For the next half-hour, the two of them went into their own world of silent exploration. Dr Earle brought down a little camera, and had Daryl take pictures of her, and vice versa.

At the end of the dive, Daryl didn't want to get out of the water. She doffed the Scuba gear and floated on her back in her fins and wetsuit like red-footed otter. I took so many shots of the dive I filled an entire card.

It was 40 minutes I'll never forget.